Man. Who knew putting together a conference could be so tiring? (answer: a lot of people, it's fairly obvious, and I'm probably stupid for asking myself the question). Have just (3 days) been asked to give a 5000 word~ talk on the first night of the conference (friday 8th) on a work/research in progress, and had to give the title off the top of my head. So it looks like I'll be giving a talk on whether or not language is contingent or or conventional (a cheeky jab at Chomsky, through the exclusion of "necessary", I suppose... although something could well be conventional and necessarily so, although that doesn't really fit the bill for universal grammar). Gotta re-read my notes on the matter, and try and fit that particular debate into a presentation on my research interests, and make it seem plausible, and make it seem non-boring... sheesh. I've got work to do (and was not expecting a deadline before the start of term.

In other news, I've finally got the respondents, and the final version of the programme sorted out (lightweight version available here). It's nice to see so many budging academics being so ready to help, and to be able to rely on them for some good quality philosophy I certainly cannot always produce (at least not for such a variety and depth of topics).

Moving on. Got the vacation pictures sorted out.
Click here to see them... 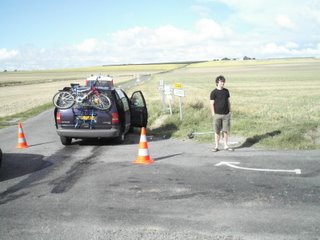 No, I had no idea the arrow was pointing to me at the time. I'm not that narcissistic. 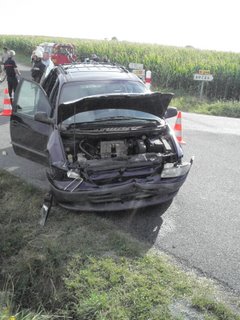 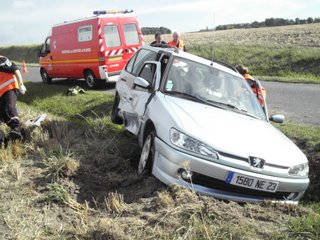 The other car (aka "Chickenfuckermobile"). 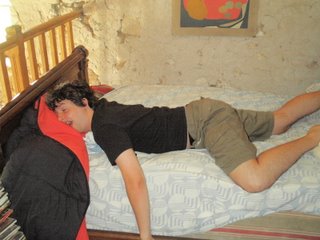 From Newton's First Law: "[...] objects at rest tend to stay at rest unless an outside force acts upon them".
I'm not lazy, I'm a physicist. 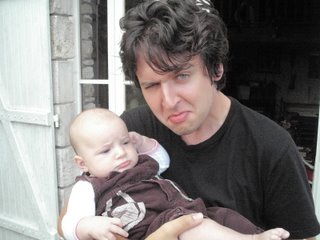 My new cousin Liuba and I, demonstrating our obvious resemblance. I've got a PhD in Pout-ology. She's still going for the BSc in Pout Studies.
Posted by Edward at 11:29 pm

It looks like many people here are looking for the original manufacturers specifications. I wanted to tell everyone about VehicleBios.com. It has free access to all specs for almost every auto and truck ever built! Hope this helps some people. Thank you, Rashida, Ten Doves"